Hastings Pier was opened in 1872 and has had rather a remarkable, if turbulent, time of it ever since!

It was a popular tourist destination in its early days, with visitors travelling from far and wide to enjoy the pier and take in the revered health-boosting properties of sea air.

Over the next hundred years it moved with the times, recovering from its first fire in 1917; enjoying an Art Deco makeover in the 1930s; being requisitioned for official use in World War II and becoming a famous live music venue in the 1960s - 1970s. Unfortunately, by the 1980s its popularity had waned and the pier fell into a state of disrepair. In 2010, it was almost completely destroyed by a second fire. The people of Hastings, however, campaigned for their beloved pier to be restored to its former glory. By 2013, funding was secured and in 2016, Hastings Pier was re-opened.

Brewers have been involved with transforming the look of the shops on the pier, which are designed to look like beach huts. 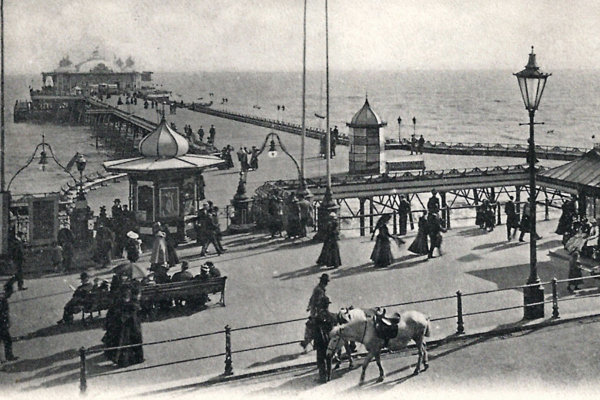 1872
Hastings pier opens
1917
The pier catches fire
1930s
A new Art Deco look lifts the pier
1940s
The pier plays its part in World War 2 and is used for official
1960s-1970s
Becomes famous as a live music venue
1980
Popularity of the pier fades and it falls into disrepair
2010
A second fire almost completely destroys the pier
2013
The people of Hastings manage to secure funding to restore their beloved pier
2016
The pier reopens!