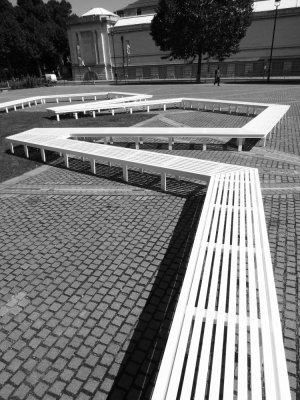 The Pentagon Petal was created by artist Fran Cottell and architect Marianne Mueller.

In 1816 Millbank Penitentiary opened on the banks of the River Thames at Pimlico in London. It was the largest prison in the country at the time, covering 16 acres and had accommodation for 1120 prisoners.

The external walls of the prison, demolished in the early 1900’s, had an extremely distinctive shape which has been visually represented as an art installation on part of the original site. The area now occupied by the Rootstein Hopkins Parade Ground at the Chelsea College of Arts saw the temporary structure added and Brewers Decorator Centres helped bring it to life by providing Albany paint.

The Pentagon Petal was created by artist Fran Cottell and architect Marianne Mueller as a scaled down re-enactment of the infamous prison’s floor plan, editing and reinterpreting it into a more socially active figure: a flower shaped bench.

Brewers in Peckham provided Albany paint to cover the bench offering ideal protection against the elements and seated visitors, but also give a strong and vibrant white decoration to the piece.

The Pentagon Petal is on display at the Rootstein Parade Ground until the 14th August 2016. 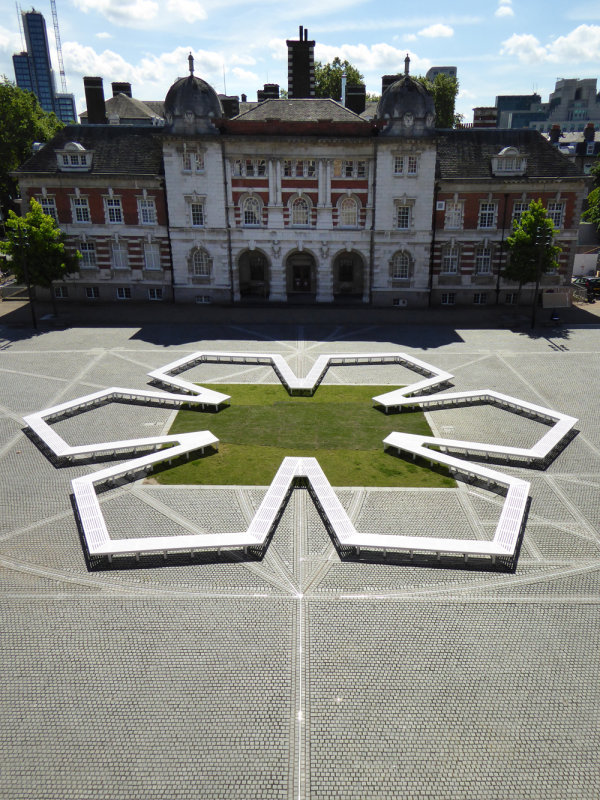