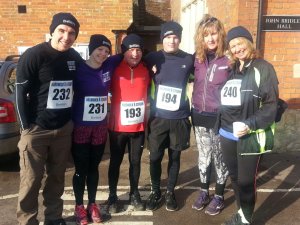 The intrepid Brewers team ready for the cross country event.
Earlier this year Brewers sponsored the Hardwick X-Stream for the second year running. A 10km cross country event, this race takes in some beautiful if not wet and muddy parts of the Buckinghamshire countryside and raises money for Thames Valley Air Ambulance.
The only survivors from last year’s Brewers team were Harry Stone and Jack Panter, this year they were joined by Paula McAvoy who, after spending some time rep training with Harry, agreed to join the team along with customers and friends of Brewers; Matt Scott, Aimee Cridland and Pam Milton.

Just like last year, the 10km run was wet, muddy and very cold. 201 runners took part in the race hoping to take home the title with the winner completing the course in a speedy 37 minutes.

For most of the race the Brewers team ran together, but had to leave Paula searching for her designer sunglasses that she dropped when jumping into one of the streams.

Despite the 40 year age gap Harry crossed the finish line just in front of Jack following a sprint finish - Harry can now get his own back on Jack following a year of banter after he beat Harry last year. Paula completed the run a bit later...but alas never recovered her sunglasses.

A great day was had by all runners, another local event that Brewers were pleased to sponsor.

If you would like to join the Brewers Team for the 2017 Hardwick X-Stream, please contact Harry Stone harry.stone@brewers.co.uk. 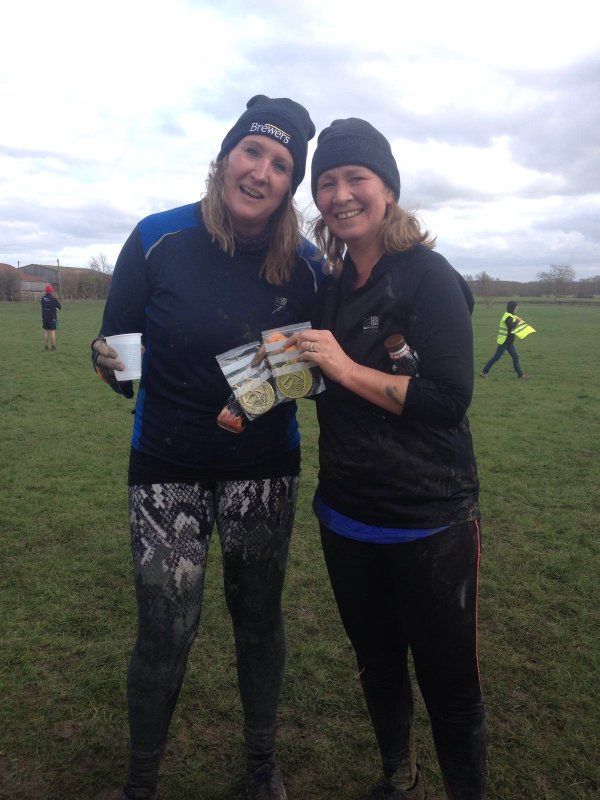 If you would like to join the Brewers Team for the 2017 Hardwick X-Stream, please contact Harry Stone via his email harry.stone@brewers.co.uk