Budding artists at the Lewisham School of Muralism have been transforming walls in their own home this quarter, while their home learning continues during lockdown.

The Lewisham School of Muralism was launched in 2020 with the goal to train the next generation of muralists. However, with the tough lockdown measures, the school had to adapt and ask the students to create a mural in their own home, whilst moving their learning to an online environment. In this article we get to hear from student Rizwan Mirza, who tells us all about his project, and how it came to life.

"My mural artwork came about after a Zoom conversation with Patricio and my classmates about the contents of my studio-apartment. I am in the process of leaving my flat, so I have lots of boxes surrounding me, many filled, others empty. It was suggested that this could be the starting point to formulate an idea.

My artwork is often inspired by my cultural heritage, and over recent years I have been learning more about geometry, and specifically Islamic geometry, which are very present in urban architecture in Islamic regions.

I live alone in my studio-apartment, so after bouncing ideas off my fellow classmates and a close friend, I selected a wall to paint which is most centrally located. My studio is mainly open-plan, so I can see the mural from different viewpoints. I originally wanted to avoid painting directly onto the wall, and was going to sacrifice one of my larger packing boxes in the name of art; however, I soon realised the difficulty of working on cardboard as a canvas. After a few attempts at drawing on cardboard, I went to painting directly on the wall.

In total, I spent 5 to 6 days working on the mural. This involved prepping the wall, and some technical work scaling my geometric design to ensure it fitted the space. The work borrows heavily from Islamic geometric design using the six-pointed star (Star of David), but within the design the eye can detect other signature structures and motifs including hexagons, rhombi and cubes. I have slowly been sharing images of the mural with some of my neighbours, close friends and colleagues, and their feedback has been positive.

I had been hitting creative block after block during the pandemic and lockdown, but Patricio’s class has offered an opportunity to challenge myself creatively and mentally."

To find out more about Rizwan's work, please head to his website.

Meet the other students 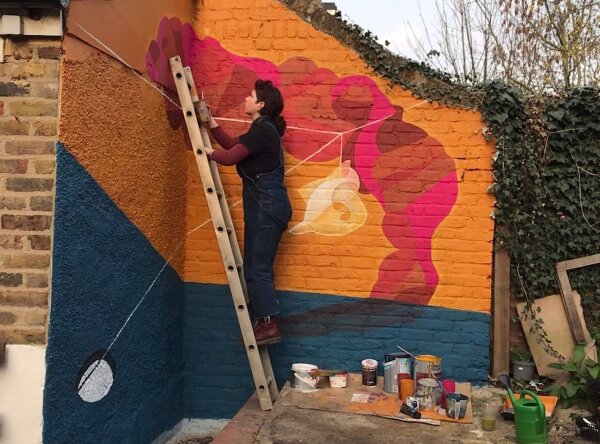 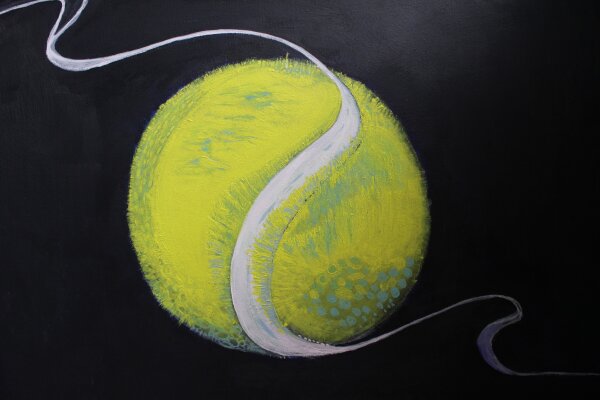 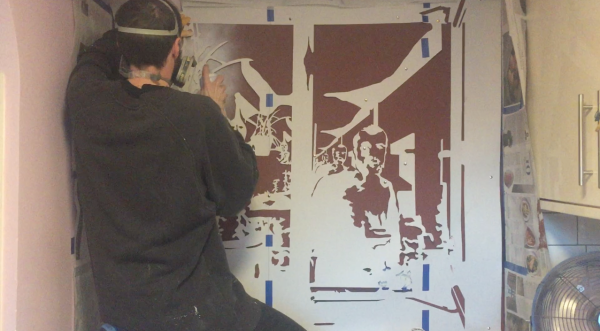