100 mile challenge across the South Downs

The team set themselves a target of completing the challenge in 24 hours, setting off from the Brewers Winchester branch and finishing at Beachy Head.

‘It was a lot tougher than we thought.’

Unfortunately, 2-parts through day one Mark fell ill and wasn't feeling his usual agile self and had to sadly pull out from the challenge.

Continuing across the South Downs, the team powered through, with the downs as tough as the ups, pedalling fast whilst trying to avoid those pesky pot holes!

The team were in trouble again when Richard tumbled off his bike, clutching his collar bone. After walking 1 1/2 miles to reach the ambulance, Richard also had to pull out of the challenge. It was later announced that Richard had broken his collar bone in two places (ouch!).

John and Neal continued, determined to complete the challenge and reach the finishing line.

100 miles cycled and 11,000ft climbed, the team reached Beachy Head at 4pm bringing the South Downs Way Challenge 2017 to an end. John and Neal were greeted with a sparkly drink to celebrate which the pair had most definitely earned.

We'd like to send our best wishes to Richard for a speedy recovery. 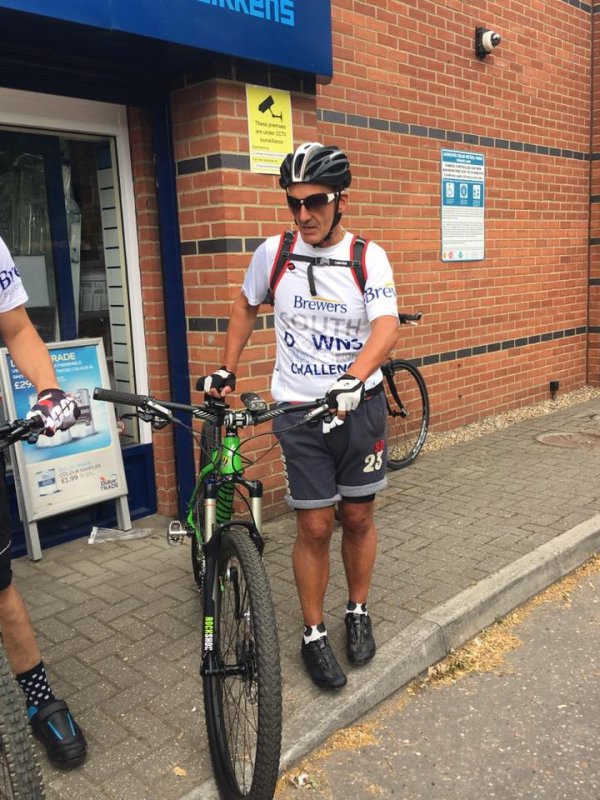 The team of 4 Brewers staff members took on the challenge of cycling 100 miles across the South Downs.

Donations are still welcome! Support the team by donating here. 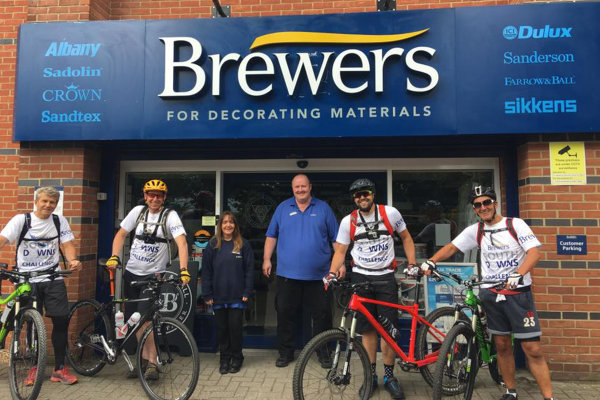 Brewers South Downs Way Challenge 2017 are still accepting donations. If you would like to give your support, donate here.