Supporting the grass roots of football in Hull 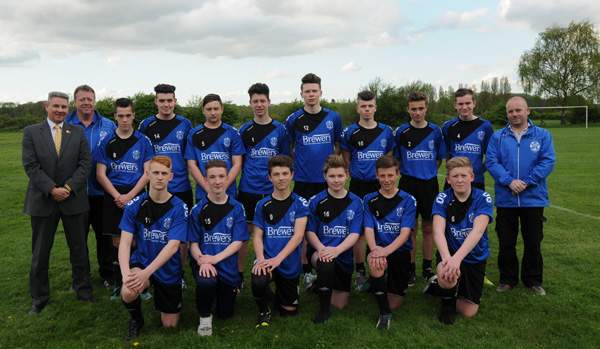 Brewers are proudly supporting Hull’s Hessle Rangers juniors football team as they go into their 8th season since being formed by Paul Johnson, Brian Edmundson and John Smith in 2008.
A loyal and growing side, Hessle Rangers still have seven players in the team today who started with them in their first year.
The side compete in the Myton league, the top league for boys in the Sunday league, and finished second in the 2014/15 season.
They also played in six tournaments throughout the season, winning four - Filey Cup, Driffield Cup, Hedon Champions Cup and the Costello Memorial Cup (won for three consecutive seasons) - and marginally missing out on two when they were pipped to the post in the final and semi final against some very strong Leeds Academy players.

The Filey Cup took place in May 2015 against top teams from Sunderland and Newcastle, winning this was a fantastic achievement and a great end to a successful season!
Paul Johnson commented; “The team are now in full training again getting ready for the start of the season. Having a sponsor (Brewers) who is committed to the team has given the lads a real boost and their confidence is sky high which shows in their football!”
Hessle Rangers’ achievements come from a great deal of dedication and hard work both on and off the pitch and Brewers are pleased to be supporting the grass roots of football in Hull.