Portsmouth Historic dockyard is home to the majestic Royal Navy flagship HMS Victory, and Brewers are proud to be involved in shivering the timbers of Admiral Nelson’s pride of the British fleet. 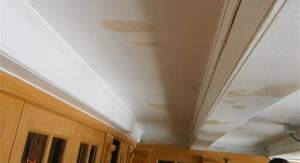 Cabin ceiling before redecoration
Although not having seen active service for some years, HMS Victory is still a commissioned warship, and is the oldest serving in the British fleet. Now the flagship battles against the elements of the coastline and requires periodical restoration to her paint work.
A thirteen year, £35 million conservation project is currently underway drawing on an array of skilled craftsmen including timber preservation, shipbuilding, rigging, conservation, engineering and heritage. 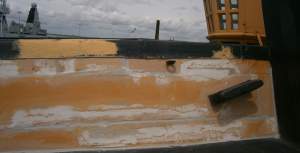 The Victory's deck needed specialist repairs and treatments
The port side is already taking shape, with painters working from harnesses over-hanging the impressive 104 gun structure.
As part of the project, Northport Construction and B.A.E Systems, both experts in their field (or shall we say ocean) were commissioned to carry out some of the most recent works and Brewers branches in Pompey Centre and Farlington, Portsmouth were pleased to be the supplying merchant.
Brewers expertise and technology were instrumental in colour matching various parts of the grand flagship. An array of colours were discovered once many years of paint had been peeled away, exposing a palette which historical archives suggest could be the original colours believed to be hundreds of years old. All of which Brewers created colour samples in preparation of the project. 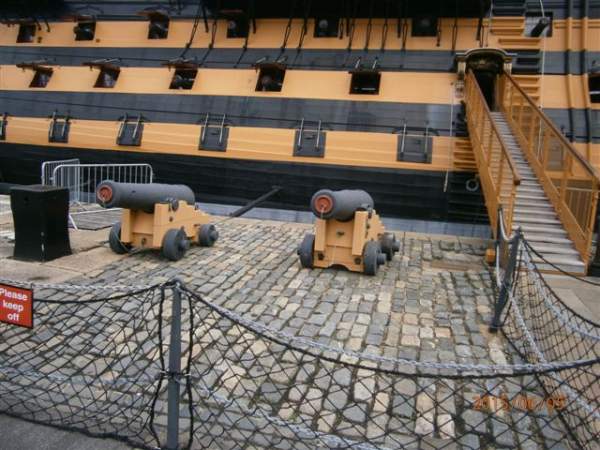 Pictures from the restoration works

Images courtesy of Northport Construction and B.A.E Systems of the work in progress.

Skilled refurbishment work was carried out to key features around the deck.