A battle to be named Apprentice Paperhanger of the Year!

Ten painting and decorating students from across the UK put their skills to the test in the Painting and Decorating Association’s (PDA) The Apprentice Paperhanger of the Year contest.

Sponsored by Brewers Decorator Centres, the contest was held at The Hub in Doncaster early October. The contest was split in to two categories; new entrant and senior level.

The six apprentices who took part in the new entrant category were tasked with wallpapering a three-sided booth and the four senior level contestants were required to wallpaper a mock living room, including a fire surround, internal angles, borders and inlay panels.

‘Apprentices are really put through their paces, demonstrating their ability in hanging wallpaper against the clock’

Neil Ogilvie, Chief Executive of the PDA, said: “We’ve been running this competition for over 20 years now and winning it is no mean feat. Apprentices are really put through their paces, demonstrating their ability in hanging wallpaper against the clock. We think the competition is a really good opportunity to give students a feel for what it’s like working for clients in a real-life situation.”

Previous PDA North East Regional Presidents Alan Pearson and Dave Woods judged the students work, carefully looking out for good work ethic and accuracy with deductions made for unmatched patterns and joints, as well as the presence of air bubbles. 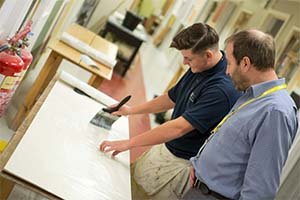 Studying towards her NVQ Level 1, 19-year old Abbie Johnson, who is employed by Bradford Council, competed in the entrant level competition. She said: “I love what I do and this competition has been a great challenge for me.”

Stuart Yates, National President of the PDA, was thrilled with the atmosphere of the day and the talent that was showcased. He said: “It’s been a brilliant day and the skill and determination that I’ve seen from the competitors has been great. Not only are they competing for a cash prize but also for the title and prestige that they can carry with them in to their future career. It’s a real confidence builder for them.”

Mitchell Scott, 18 – who is studying towards his NVQ Level 3 in painting and decorating and works for M. Hancock Painter and Decorator in Doncaster – won the entrant competition last year and has returned this time to compete at the senior level. He said: “I enjoy painting and decorating and this is a really good competition that gives everybody the chance to showcase their skills.”

The ten students will be waiting eagerly to find out who will be crowned the best paperhanger in the country at next month’s PDA Conference Gala Dinner at the Bristol Marriott Royal Hotel on Saturday 11 November 2017. 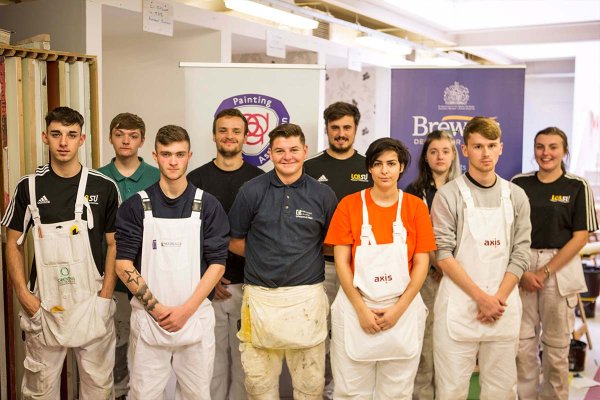 Apprentice Paperhanger of the Year 2017

10 Painting and Decorating apprentices battled it out to be named the 2017 Apprentice Paperhanger of the Year 2017 at The Hub, Doncaster in October 2017 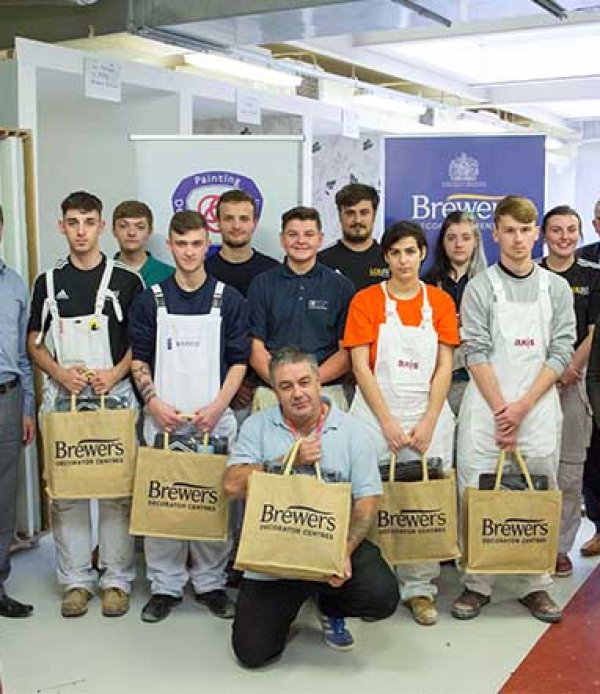 The winners and runners up will be announced at the PDA Conference Gala Dinner at Bristol Marriott Royal Hotel on Saturday 11 November 2017.