Brewers, The Towner and Lothar Gotz

Götz, who is based in the U.K., was chosen from 60 artists and designers from an open call for The Brewers Towner Commission to create an artwork to mark the 10th anniversary of the gallery’s move from its original home in Eastbourne’s Old Town. Drawing on its architecture, angles and unique exterior recesses and alcoves, Götz’s mural - his largest to date -  will envelop the length and width of three sides of the award-winning building.

Götz’s work – typically large-scale paintings, drawings and installations that respond to existing architectural structures – has included commissions for South Bank Centre, London (2014) and Leeds Art Gallery (2017). This will be his first major commission on the south coast and the first time an artist has been commissioned to create an artwork for Towner’s exterior.

The Brewers Towner Commission will be rendered in the artist’s signature style using paint supplied by Brewers Decorator Centres. The commission, which coincides with the launch of the £54m redevelopment of Eastbourne’s Devonshire Quarter, will be in situ for one year.

Says Towner Art Gallery Director, Joe Hill: ‘We are delighted to commission Lothar Götz to create a new work for the exterior of our building this year, marking our 10th anniversary in this space and utilising the exterior of our building for a unique large-scale artwork for the first time. Götz’s signature style of bright, engaging colours, geometric patterns and bold large-scale works will allow visitors and residents to engage with the gallery in a new way this summer.’

Says Lothar Götz: ‘To paint the entire rendered wall space of the Towner Art Gallery offers an amazing canvas, and to realise a painting of that scale in such a prominent public position of Eastbourne really is a kind of dream project for me. The [building’s] façade with its three-dimensional qualities will turn the painting into a kind of giant sculpture addressing the boundaries and crossovers between art and architecture, painting and sculpture and public and institutional spaces. Visible from several prominent viewpoints of the town with a wide range of different audiences, the painting will conceptually sit somewhere between street art and minimalism/abstraction and therefore hopefully offer a range of diverse viewings and readings.’

Says Mark Brewer, Chairman of Brewers Decorator Centres: ‘Brewers Decorator Centres are thrilled to be working on this exciting project with the Towner Art Gallery.  As a family business that started in Eastbourne in 1904 we feel passionately about the life of the town in all its dimensions, not least the cultural life.  Lothar Götz is a worthy winner of this prestigious prize. His dynamic style and use of vibrant colour will transform Towner Art Gallery’s building into a spectacular work of art.’

Says Towner Art Gallery‘s Chair of Trustees David Dimbleby: ‘We’re delighted to be celebrating ten years in the Towner gallery building with this exciting commission. Along with the Towner staff and Trust, I’m proud to be working with Brewers Decorator Centres to bring a new temporary public artwork by an artist of Lothar’s calibre to Eastbourne’s visitors and residents. I very much look forward to seeing the finished work when it is unveiled later this year. ‘

Founded in 1923 as an art gallery for the people of Eastbourne, Towner Art Gallery has been collecting and exhibiting contemporary art for the last hundred years. It moved to its current premises, designed by Rick Mather Architects, in 2009.

Further exhibitions opening this summer as part of Towner’s 10th anniversary programme include Phoebe Unwin and Dineo Seshee Bopape (15 June – 8 September 2019), followed later in the year by a major solo show by David Nash (28 September – 2 February 2020). An exhibition, Ten, also opens on 18 May, curated by members of Towner’s own team who have worked with the gallery for the past decade. They will curate a display of works from the gallery’s wide ranging collection. 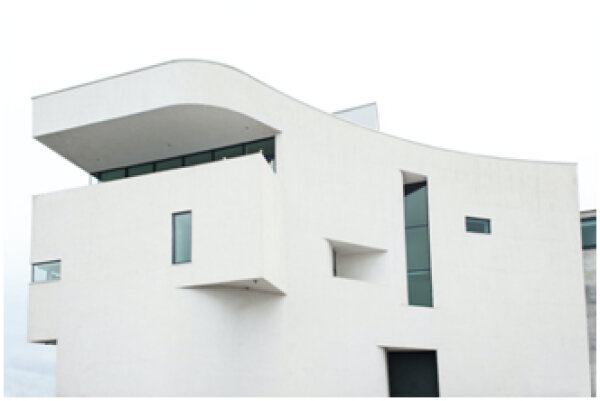 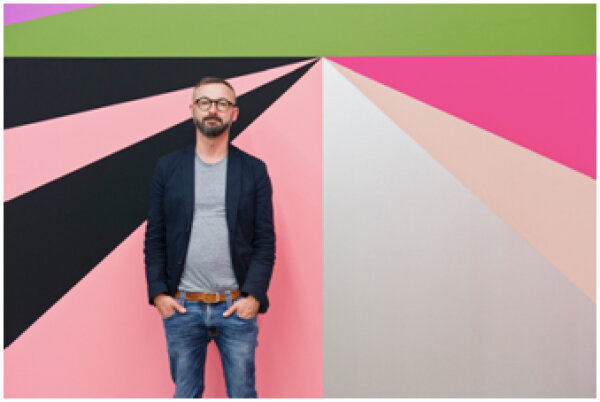 Lothar Götz (b.1963) lives and works in London. He graduated with a BA Visual Communication at FH Aachen (1988); MA Aesthetics at University of Wuppertal (1995); and MA Painting at the Royal College of Art, London (1998). His practice ranges from site-specific wall paintings and room-sized spatial installations to paintings and drawings, all of which reference and engage with ideas about architecture and space.