Brighton New England Street branch have been literally twisting their customers’ arms to raise an amazing £305 for a local children’s charity!

In a previous life, branch manager Steve West was a professional arm wrestler so he offered customers the chance to win a Mirka sander if they could beat him for £2 a go.

The strong-arm tactics paid off as Steve managed to beat off all the competition. And that included a valiant attempt from regional manager Jon Hill and director Nick Brewer who had perhaps rather rashly suggested he was going to push Steve’s arm through the table!

As Steve remained undefeated, everyone’s names were put in a hat to decide who got the sander – and the lucky winner was Jon Etherington from SD Holdings. The challenge was part of a two-week fundraising event, held in the summer, which also included a lucky dip raffle with products donated by suppliers.

The money went to the Rockinghorse appeal – a charity which the branch often supports to help raise funds for the local children’s hospital in Brighton. 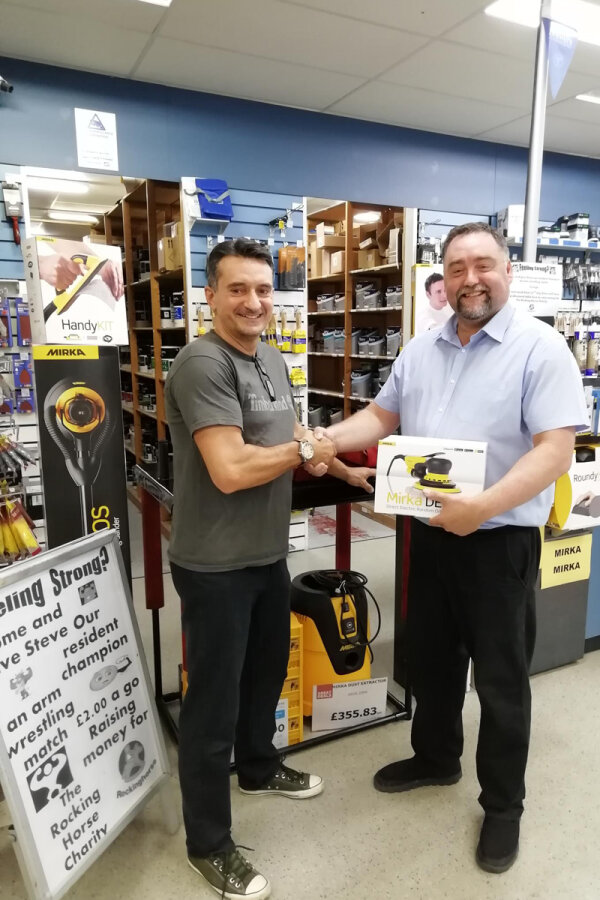 Customers take on Steve to win a Mirka sander!

‘The charity are very happy with what we managed to raise! ’