The Royal Flush - A Lavatory fit for Royalty

Asked to fashion a royally themed lavatory for Prince Harry and Meghan Markle’s wedding at the Grand Designs Live 2018, Helen Crouch from Concept & Completion has been extremely busy creating a loo fit for royalty. The brief was fun, crazy, royal wedding, and that it is!

From 5th – 13th May, Helen’s downstairs toilet sized room was exhibited at Grand Designs Live London. The Leicestershire designer was selected to create the royal wedding lavatory which was seen by over 90,000 visitors at the London Excel, a week before the royal wedding.

The Lavatory Project was new to Grand Designs Live London 2018 and this year’s theme asked designers to create a bathroom inspired by the designer’s personality and style using products from current British retailers and manufacturers. Helen drew on the help of local suppliers to help create the masterpiece which included local Brewers Decorator Centre, Leicester Sanvey Gate. To help Helen, the branch donated Farrow and Ball Stiffkey Blue and Off White in Dead Flat and Polyvine Metallic Paint in Bright Gold.

Farrow and Ball’s Stiffkey blue was applied to the walls and front entrance and Polyvine’s Metallic Bright Gold was used to create the gold ceiling. 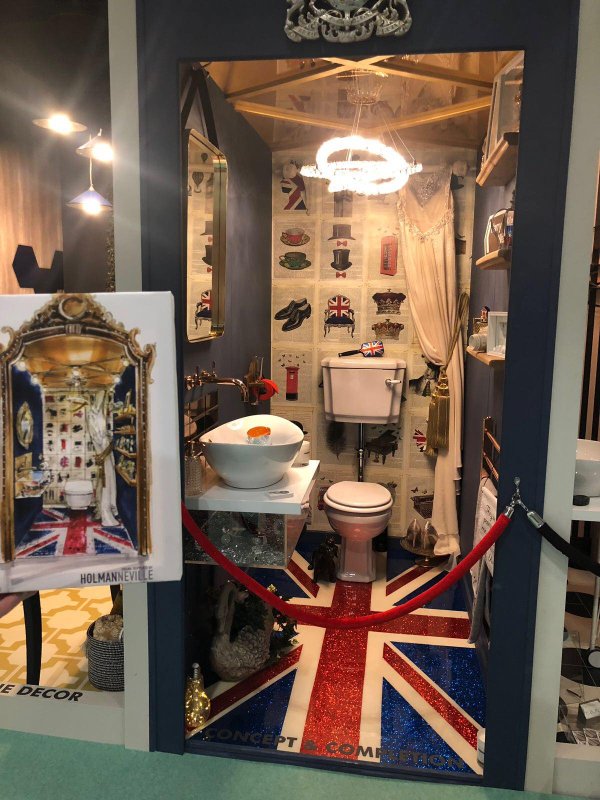 The sparkling floor was a particular favourite of Kevin McCloud – a British designer best known for his work on Grand Designs. Helen even had Kevin on his knees at one point, inspecting the beautiful floor which was created using MDF, paint, glitter and resin.

Exquisite attention to detail was paid throughout the pop-up lavaotory including the light hanging over the toilet representing wedding rings, a wedding dress hung as a curtain, there was even a champagne glass holder next to the toilet roll. 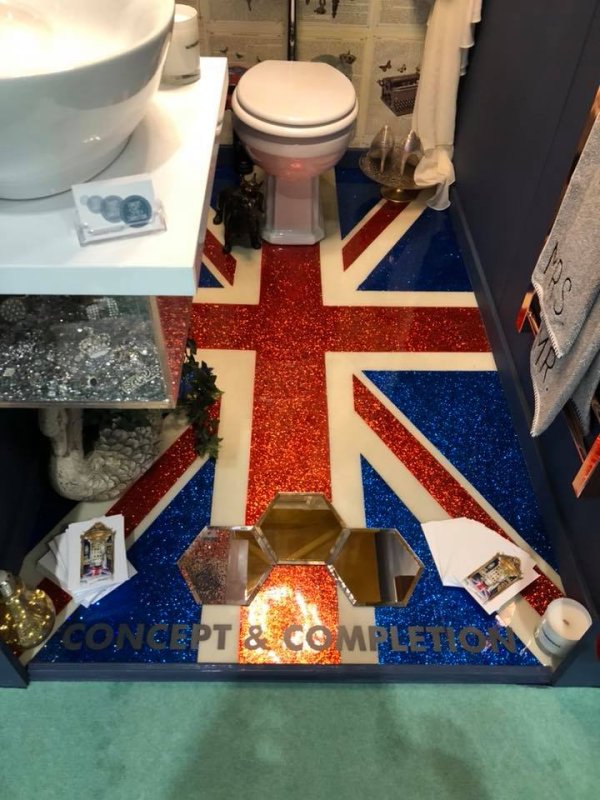 Grand Designs Live 2018 may be over but the lavatory has been re-created at BBC Radio Leicester for 10 days until Friday 25th May. 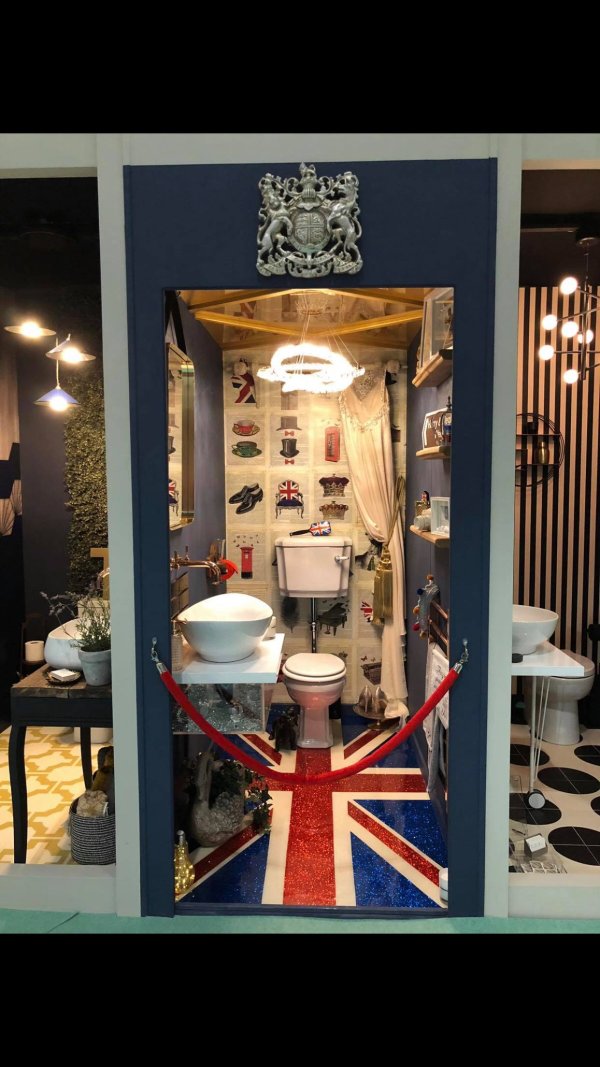