Not only did Will Thornton from the Brewers Croydon store manage to raise over £1,400 running the London Marathon but he also managed to conquer a personal challenge in finishing the race - the first time he did it two years ago he painfully twisted his knee halfway through and had to walk the rest of the way in agony.

To make sure he was properly prepared this time, Will spent four months training running three times a week to build his fitness up. However, running through the winter meant it was difficult to be prepared for the 25 degree heat that the runners were faced with on the morning of the 22nd April 2018 - which was also Will's 32nd birthday.

Will said, "The hardest part wasn't actually te running it was the weather, It was the hottest London marathon on record. I was sweating before I even got to the start line! I was aiming to try and finish in about 4 and a half hours but sowed down and finished in 5 hours 25 minutes which I was happy with."

The money Will raised was donated to a charity called Sense that helps deaf and blind people. 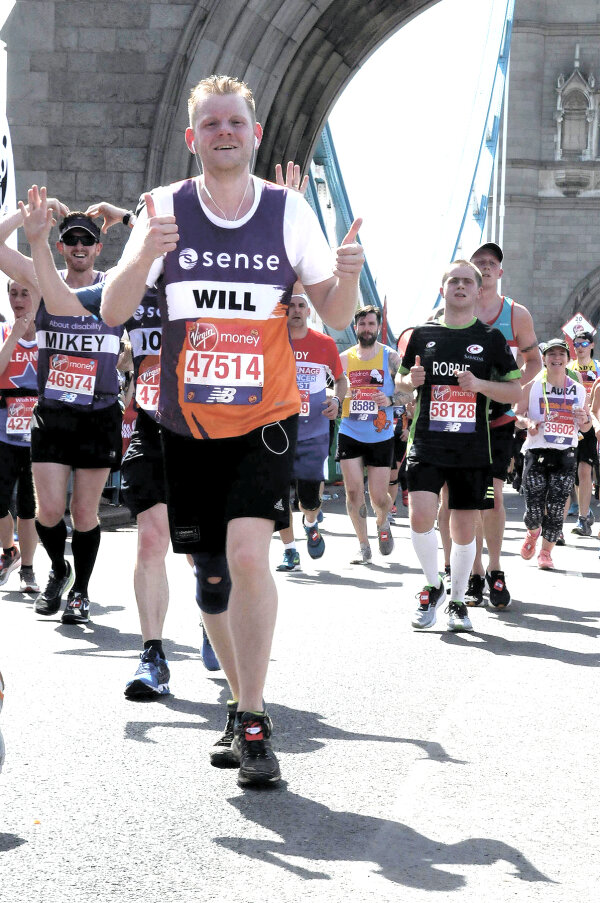