Vibrant orange walls and rings of blue people holding hands together in a mural now greet commuters and pedestrians in Lewisham, south London thanks to a generous donation of paint from Brewers stores in Peckham and Lewisham.

When new Mayor of Lewisham Council, Damien Egan, decided the area needed brightening up, he approached local artist Patricio Forrester from Artmongers studio to create something to bring the community together.

Patricio came up with the brilliant idea of painting rings of people on the walls of a railway bridge by Lewisham station to represent Lewisham Council’s logo of a crown. He created an impressive mural and included a large sign thanking Brewers for the support.

Jimmy Thomson, store manager at Peckham said: “We’ve dealt with him (Patricio) for years as he’s done a few murals around here before. So if we get paint that’s been mistinted we give it to him as a goodwill gesture or we give him good discount. It definitely needed some brightening up around here so it’s really given something to the community.”

“We gave him some Weathershield and Albany paint as well as special coating paint. We’ve had a few people coming in since asking us about it and as it’s on a main road, lots of people see it. I’ve even heard people talking about the paint and been able to tell them what it is!”

Patricio said: “Jimmy, Mathew and the rest of the team are all lovely people and very helpful. In these times of funding cuts for the arts, it is really important to find creative ways to produce win-win situations. In Lewisham we had Brewers' support in exchange a large logo on a busy road. Artmongers is proud to be associated with Brewers Paints. We could not have done it without you.” 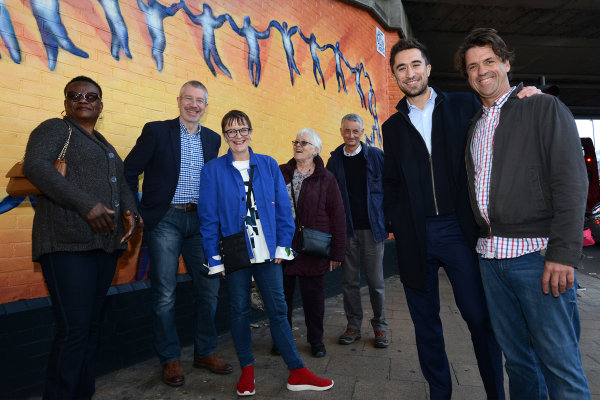 Artmongers' other works include these two impressive murals in Deptford and New Cross. 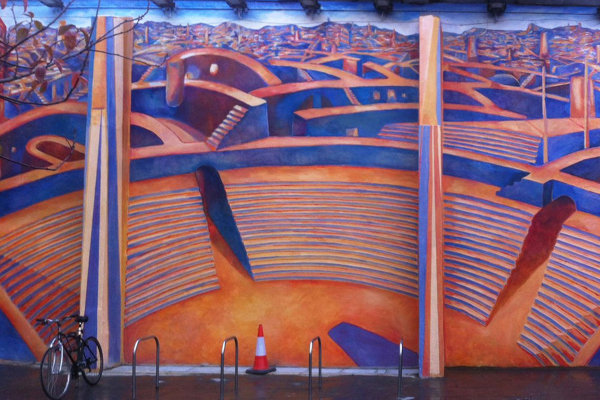