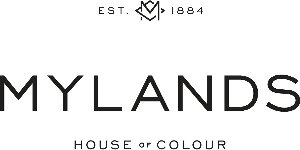 HE2310N
Trade customer? - log in to get your prices. close
Fast drying shellac sealer for knots in resinous timbers. Seals affected areas prior to painting. Prevents long term discolouration. For use under white and pastel shades. 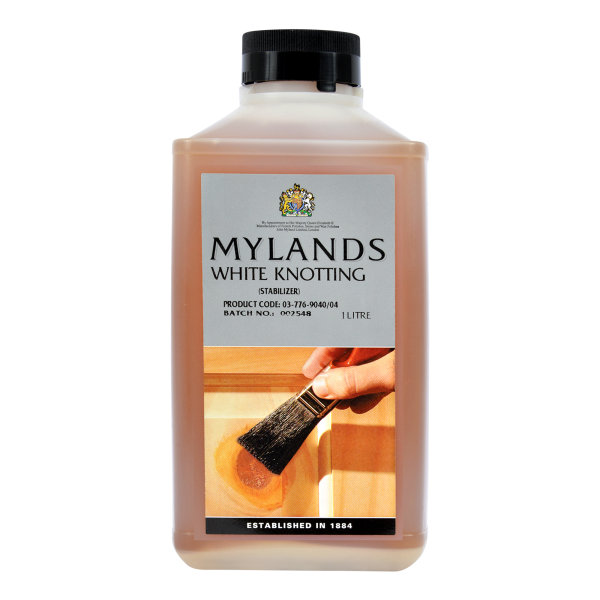 Mylands White Knotting is a fast drying shellac used for sealing the natural knots in timber prior to painting. Timber knots exude resin over the years and if not treated prior to painting they will cause the paint to discolour and crack.

Mylands White Knotting is for use under white or pastel coloured paints. Prepare knots before use by scraping excess sap and residue from the surface, then degreasing using methylated spirits.
Apply two coats of Mylands Patent knotting making sure to coat at least 5mm outside of the areas affected.

The Health and safety data sheet for White Knotting 1L

Knotting is used for sealing the natural knots in timber prior to painting. Patent knotting is the most widely used, but White Knotting is preferred for use under white or pastel coloured paints.

A heavier version of Button Polish and has a translucent, slightly brown appearance in the liquid form. The colour makes it easy to see on the timber surface which helps in seeing which knots have been treated. When dry it produces a medium brown semi-transparent film.

A heavier version of White Polish and has a cloudy white appearance in the liquid form. When dry it produces a transparent and almost colourless film making it ideal for use under white and pastel paints.