Chuffed Alan wins a year's worth of paint!

Horsham customer Alan Clack is our lucky Win a Year’s Worth of Paint competition winner. Having shopped at Brewers Horsham since 1980, self-employed painter and decorator and owner of Simply Colour, Alan was surprised to have been selected; “I’m bemused but very chuffed, how could I not be!”

Alan entered the competition whilst visiting the Horsham branch back in April after branch staff member Dave advised him to enter. “Dave encouraged me to enter after I saw the competition advert and said to him what could I do with £5,000 worth of paint.”

Working mostly in the local Horsham area, Alan’s projects have ranged from pubs and churches, to hospital units and recording studios. Whilst working in recording studios, Alan has been known to work and socialise alongside some well-known artists, most notably; Paul Weller from The Jam, Peter Green from Fleetwood Mac and Topper Headon from The Clash.

Alan has already paid a visit to Richard and the team at Horsham and started using his year’s supply of paint for his current job at a local pub. He’s ecstatic that he has already saved a few hundred pounds with many more contracts coming up. 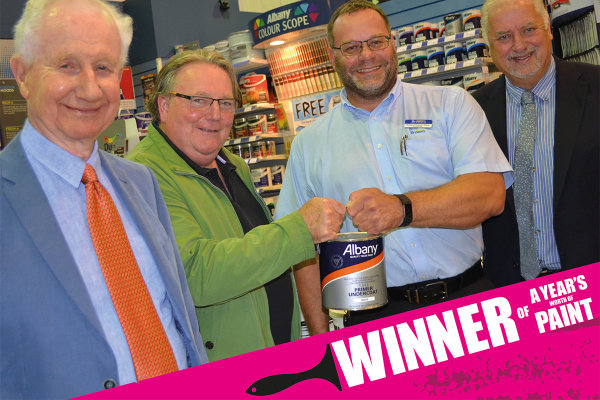 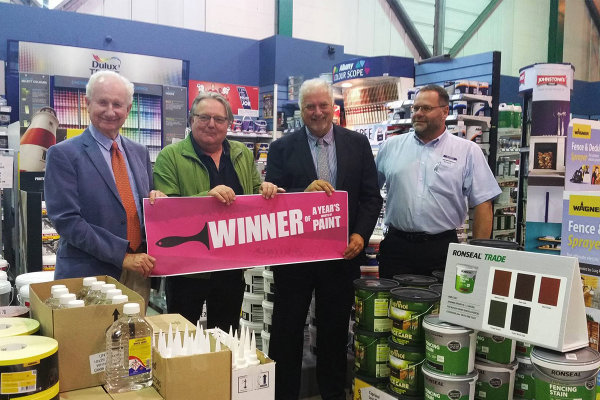 “I’m bemused but very chuffed, how could I not be!” - Alan Clack