The colour experts at Farrow & Ball have revealed new and exciting colour ways of their most popular wallpapers. It offers customers the opportunity to embrace the trend for more dramatic, vivid hues and bolder patterns within the home. For the first time, individuals from the Farrow & Ball global team of colour consultants nominated new colour combinations for existing wallpaper designs and these are curated in the Reimagined collection.

Encompassing a damask, floral and striped print, the wallpapers have been given a fresh lease of life in time for spring using the Farrow & Ball colour palette. The final collection includes colour combinations picked from consultants in the UK, North America, France and Germany.

The extravagant Lotus paper makes an eye-catching feature in any home. Influenced by the Arts & Crafts Movement, the artisanal lotus-flower design, drawn from 19th-century French archives, has been given a renewed theatrical twist in inky colourways such as Off-Black and Brinjal.

"The Off-Black and Brinjal colourway of Lotus works incredibly well in a more formal dining room where the lighting would be much more sympathetic. I wanted the combination to be one of drama and richness to give an almost jacquard weave effect with a subtle but noticeable contrast between the ground and print colour", says Patrick O'Donnell, international colour consultancy manager. 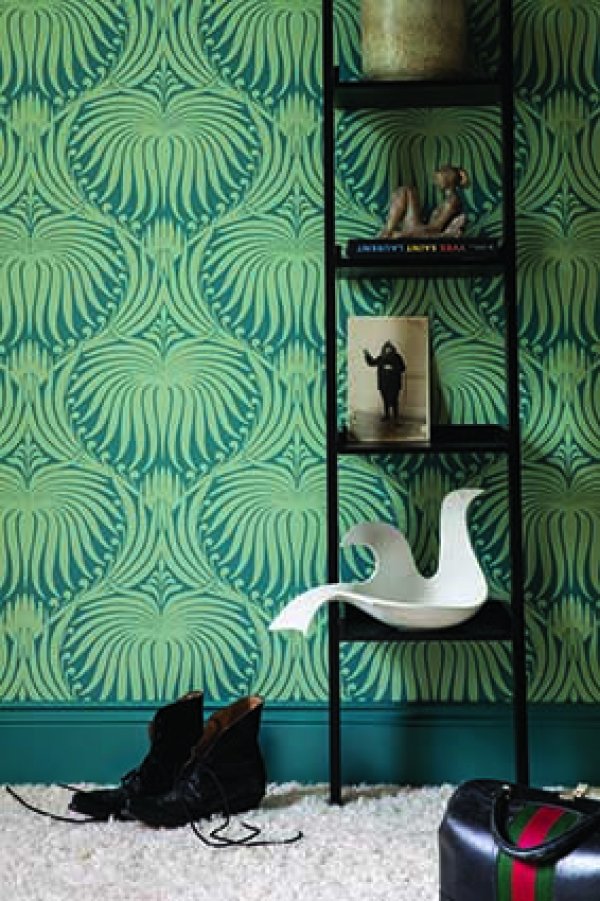 The classic English floral pattern Wisteria, inspired by 19th century pure silk woven jacquards, captures the warmth of English romance in combinations emphasising its abundant, trailing design of blossoming flowers. With the metallic trend remaining an inspiration to brighten up interiors, the three new colour options include an arresting metallic copper arranged with Stiffkey Blue and Black Blue. The wallpaper is a perfect addition to a master bedroom as the metallic accents glimmer in the changing light. 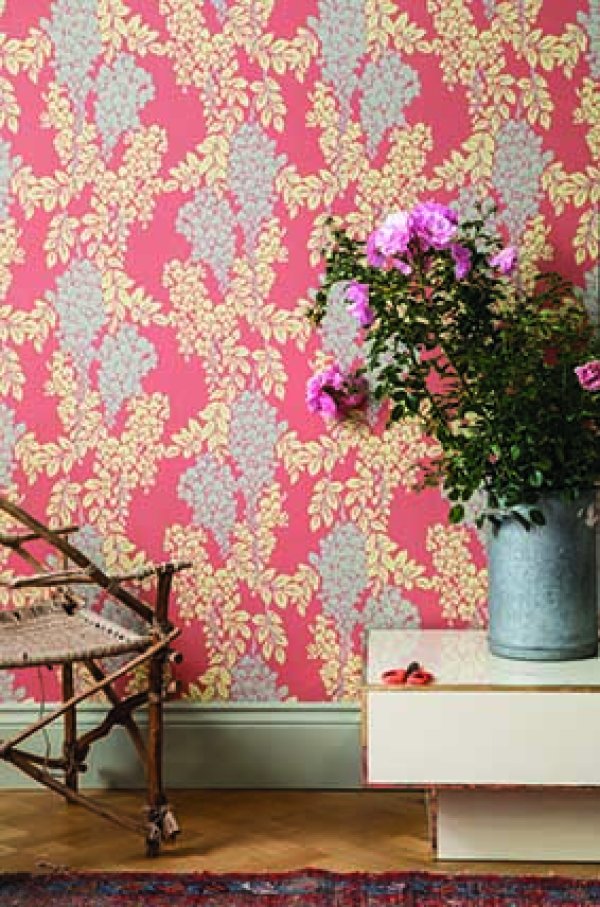 The Farrow & Ball Block Print Stripes papers have been reimagined in sumptuous and unusual colourways such as Stiffkey Blue, Vardo and Arsenic. The paper can be hung horizontally, vertically or reversed to create a bolder stripe double the width allowing it to be tailored perfect to the room.

Like all the range of Farrow & Ball artisanal wallpapers, these new releases are traditionally printed using real Farrow & Ball paints, creating papers with exceptional beauty and a uniquely textured appearance.

The new colourways are available to purchase from Brewers Decorator Centres from 8th February 2018. 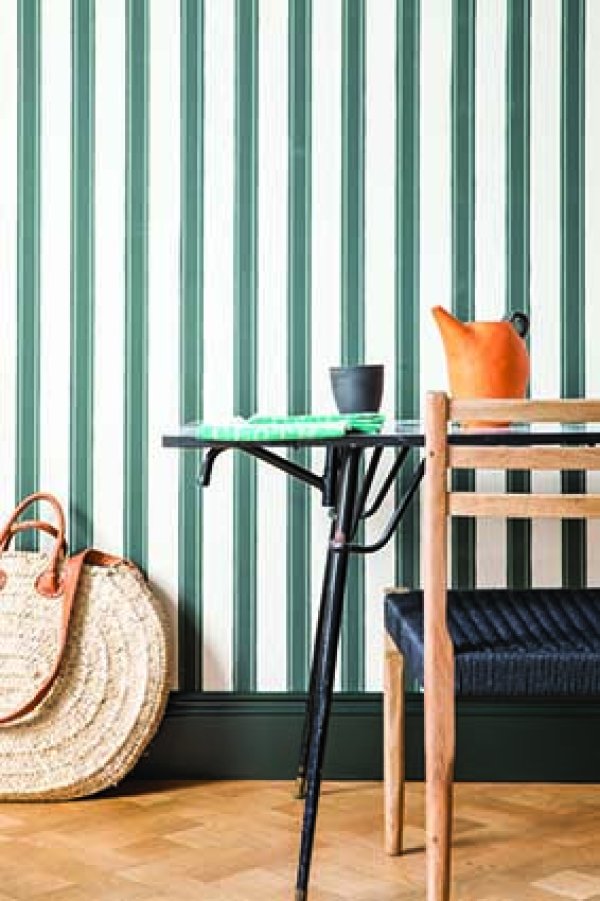 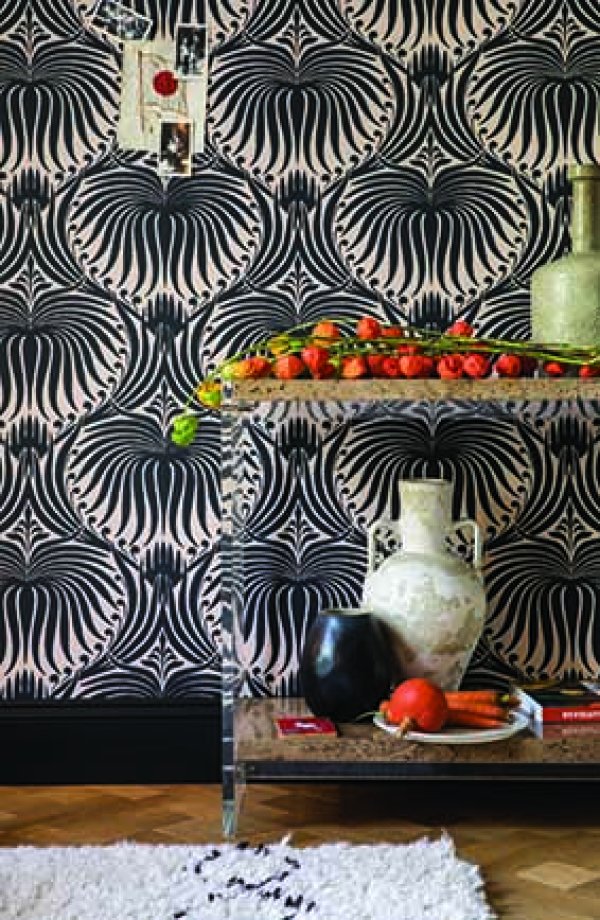 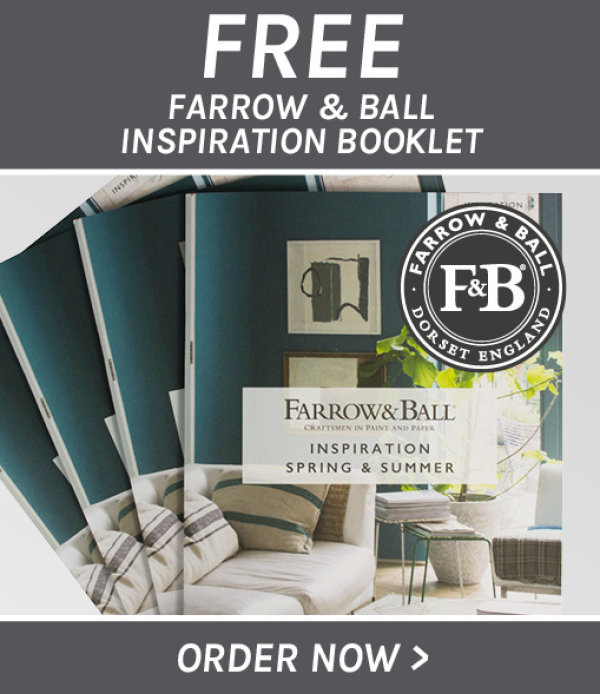