Getting The Woodsman Back On His Feet!

A 10-foot plus wooden statue which once proudly looked over Basildon town centre is hopefully going to get restored with the help of a donation from Brewers Basildon.

The Woodsman statue was carved by the late Dave Chapple, an Essex artist and sculptor, from local oak salvaged in the hurricane of 1987 and was placed in the town’s St Martin’s Square in 1997.

Sadly it was removed when the Council rebuilt the town centre. They decided not to invest in repairing it from the ravages of the weather and vandalism so a local group of volunteers – the Friends of Langdon Country Park – decided to look after the statue, out of respect for Dave who had built various carvings in the park such as a snake and mouse and a Saxon head.

‘I would like to extend my thanks to you for your generous donation. Your help is greatly appreciated.”’

The group are now hoping to restore the statue, so that it can be erected in the park and enjoyed again by the many people who visit the area.

One of the group’s volunteers, Howard Allen, approached Basildon branch for help and branch manager Ian Letford offered to donate some Osmo oil, white spirit and brushes to aid in the works.

Robert Rigden, chairman of the Friends committee said: “I would like to extend my thanks to you for your generous donation. Your help is greatly appreciated.”

Ian Letford, Basildon branch manager, said: “We were pleased to be able to help. Our branch is located near the park so it seemed a good way to be involved and we will get our name on the plaque!” 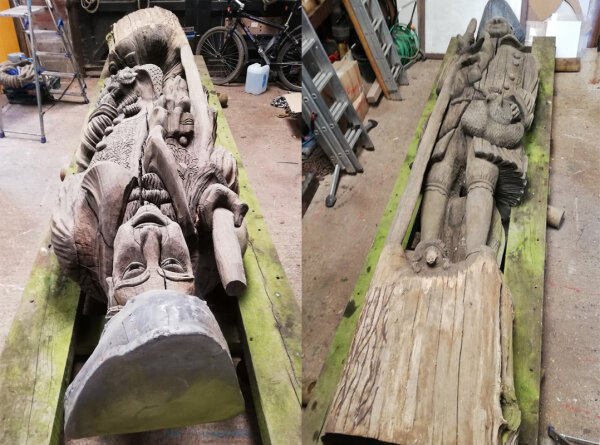 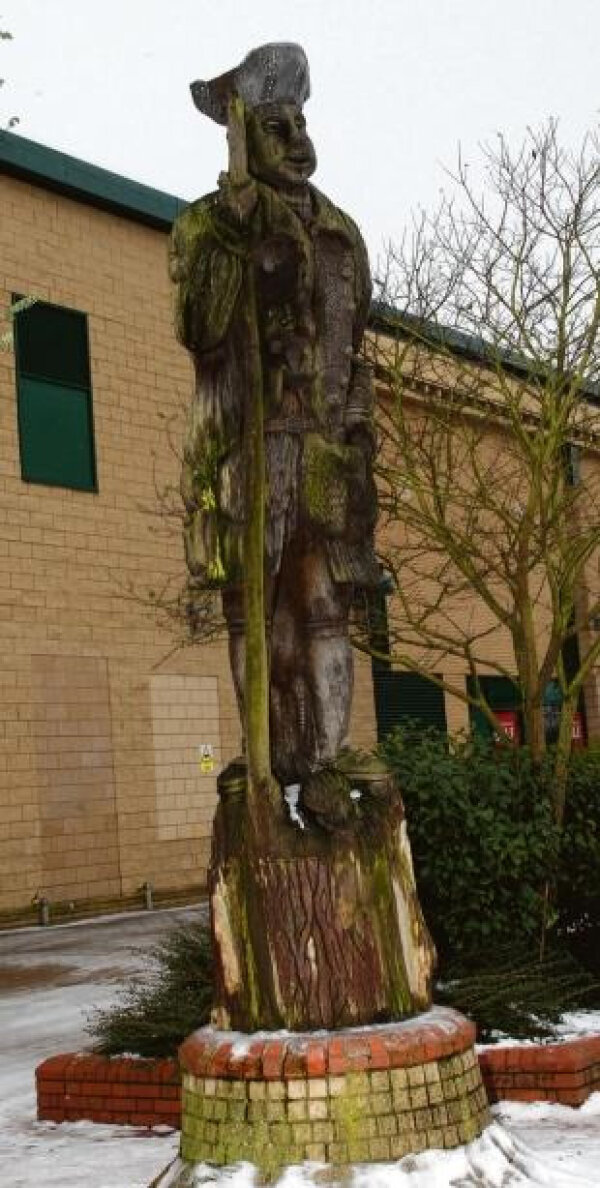 The Woodsman statue, in need of some TLC!