All aboard the Lewes to Newhaven Raft Race 2017

Two teams of eager Brewers staff paddled through muddy waters this weekend for the annual Lewes to Newhaven Raft Race. The Raft Race has been running for over 40 years, raising thousands of pounds for local charities and is the headline feature of the Lewes Regatta. 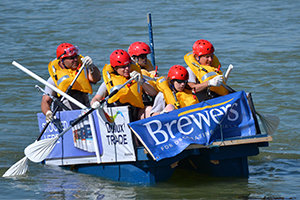 24 rafts competed in this years Lewes to Newhaven Raft Race

The team of charitable staff members chose to donate their funds to Rockinghorse Children's Charity this year.

Starting from Lewes, both teams headed down river proudly sheltered from the attack of water balloons and eggs by giant Brewers umbrellas and tins of paint before crossing the line in Newhaven.

The teams finished in respectful places of 12 and 13 out of 24 rafts.

Congratulations to team UTC Harbourside who finished in first place with an impressive finishing time of 1 hour 32 minutes!

A fantastic £4688.00 was raised for the Rockinghorse Children's Charity. 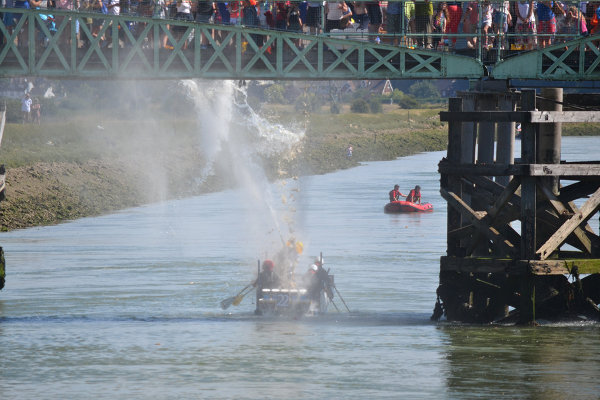 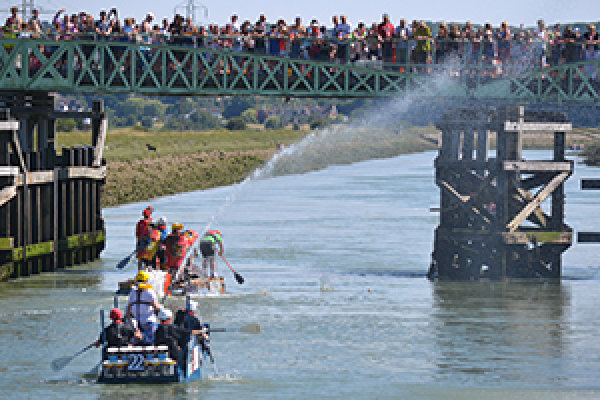