Wallpaper in the 60s

Stephen Brewer provides a first-hand account of wallpaper in the 1960s.

With the growing consumer interest in wallcoverings and the consequent rapid expansion of the market the 1960s were exciting and eventful times. The Company used the opportunities offered to take advantage of this trading climate by improving showroom facilities and by increasing the range of Albany pattern book collections to as many as ten during this period.

A key figure in this activity was Bert Hall who, holidaying in Eastbourne in the 1950s, had decided he liked Sussex enough to leave Sanderson's, where he had worked 'man and boy' in the Perivale factory and Berners Street showroom. He approached Jack Brewer for a job and was taken on as a valuable specialist in supporting me and the small wallpaper team. In the early 1960s as manager of the new Grove Road showroom (in Eastbourne) he set out to exploit the re-emerging holiday industry by actively canvassing local hotels and boarding houses while setting new (for us) standards in our showroom service to decorators' customers. At the same time, he and I were chiefly occupied in the selection, compilation and sometimes the actual making of the ever widening range of Albany pattern books that were the basis of our wallpapers then on offer. 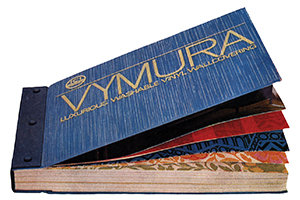 This period also saw the rise of 'marketing' in the industry with manufacturers issuing their own selections direct to the marketplace, supported by heavy branding. Where these were made available through conventional channels of distribution many were taken into stock by Brewers, increasing still further the range we carried. It led eventually to the establishment of Head Office Trading, consisting of central stocks held at Eastbourne from which sold 'room lots' were distributed daily to all branches, a service that continues today as Central Wallcoverings Distribution.

One early and prime example of this branding activity was the Sandersons' Triad collection which offered for the first time coordination of wallpaper, fabrics and paint between the covers of one very large and very expensive pattern book.

The over very significant product innovation of this period was vinyl; design and colour printed on to a vinyl sheet laminated to a wallpaper base and providing a much more durable and 'easy clean' decoration.

The first of these was Decorene, manufactured by Storeys, followed by Mayfair (Commercial Plastics), Kingfisher (Nairns), Crown (WPM) and the one that quickly became the brand leader -ICI's Vymura. Despite some problems with the handling and hanging of these new materials they speedily became an integral part of our business, especially on the contract market. We were also happy to do significant business with even more specialist products, amongst them flocks, grasscloths, corks, foils, wide-width paper-backed hessians and silks.

After the passing of the Restrictive Practice Act in 1956, it was only a question of time before the rather restrictive trading terms of the WPM on wallpaper were investigated by the Monopolies Commission. This was a most important period for the industry. The inquiry which covered a wide range of allegedly restrictive practices started in 1963 and was completed early in 1964, when I, as President of the Wallpaper Merchants Association, was called to give evidence about the benefits of trading with a monopoly.

Although these were not difficult to explain they were not appreciated by the Commission who found against WPM and the agreed rules and standards that had served manufacturers, merchants and indeed consumers so well. Whereas sensible levels of discount within the trade had been agreed and adhered to for many years, the new ruling opened the gates to a wave of price cutting which in some quarters inevitably led to huge 'mark-ups' at retail level in order to provide cuttable margins; and in many areas it resulted in a considerable reduction in service levels.

Eventually, of course, this benefited the DIY chains which compelled the manufacturers to back roll (pattern outwards) so that wallpapers could be more easily displayed in their self selection racks.

This practice also brought to an end the need to trim the edges of each roll of wallpaper as they were now protected by an individual polythene wrap.

To celebrate 100 years of Brewers, a Centenary book was created. Read more about Brewers' history! 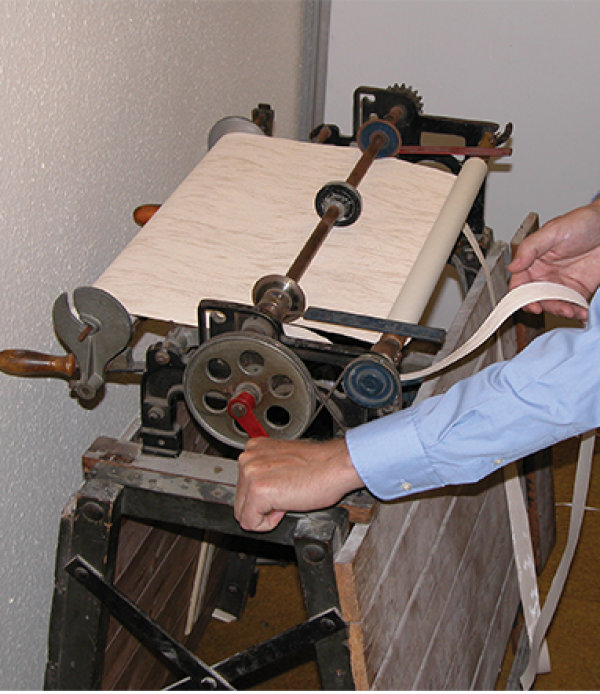 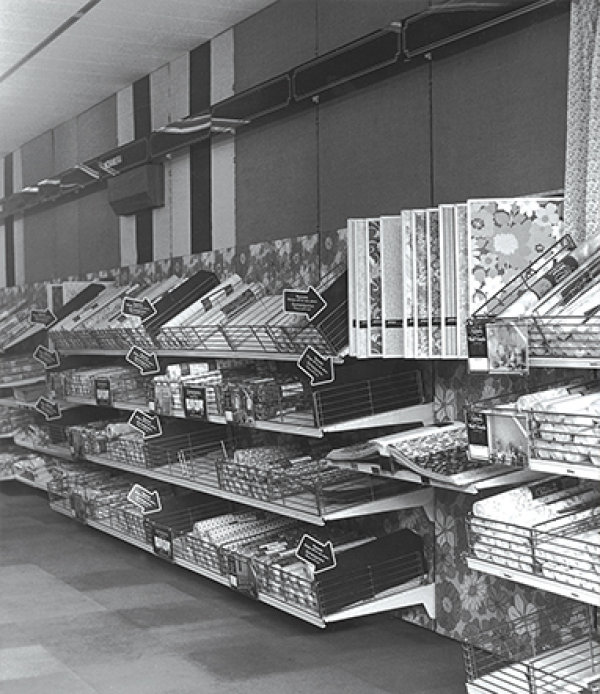