The children’s wards at St Peter’s Hospital in Chertsey, Surrey, have been transformed into woodland retreats thanks to efforts of local school pupils, a local mural artist, and Brewers Woking.

Mural artist Lisa Alderton was contacted by Darley Dene Primary School to see if she’d donate her time to painting a mural at their local hospital. The school pupils wanted to brighten up the wards, and had begun fundraising to cover the cost of materials. 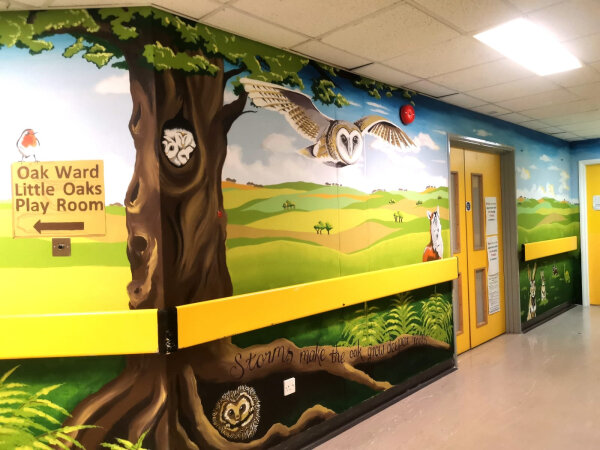 When Lisa visited the hospital, however, it became clear that a much larger mural would be needed, and the budget for the project a lot higher. ‘I approached Brewers to see if they’d be able to offer a discount on the materials,’ said Lisa. ‘As well as painting murals, I work as a decorator in our family business and Brewers have been our preferred suppliers for years.’

Jon Barnes, manager at Woking store wanted to help the good cause. ‘I spoke with our Regional Manager, Les Wood, shortly after Lisa contacted us and agreed we’d donate paint free of charge to the project,’ said Jon. ‘Naturally, we suggested Albany!’

With Brewers’ donation, the money raised by Darley Dene’s pupils could be put towards a second week of painting at the hospital. ‘This extra week meant we were able to completely transform the entrance to both children’s wards,’ said Lisa, who chose a woodland scene of the expansive mural.

‘The children's wards are called Oak and Ash, so a woodland scene made perfect sense to me,’ explained Lisa. ‘British wildlife is easily my favourite subject, and I wanted the design to be a calming and relatable experience for the children. The hospital staff were very supportive in allowing me to keep my plans quite loose, which allowed me to adapt to the space as I painted. They gathered feedback from the children about what else they wanted to see and I was even able to meet requests as children and staff were passing through. If someone wanted a ladybird, a ladybird appeared!’ 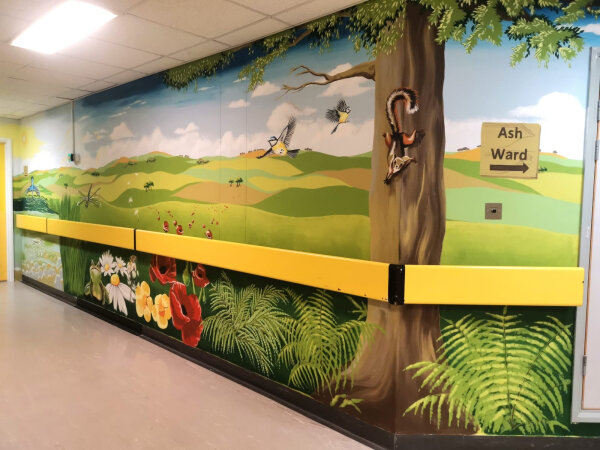 The incredible mural took a total of 10 days to paint, using 25 litres of Albany Vinyl Matt in 14 different colours. The mural was then sealed using Dulux Trade Interior Varnish, so children could touch the artwork and the walls could be easily cleaned.

‘Albany’s colour range is extensive,’ said Lisa, ’and being able to colour match to any shade I wanted saved me time that I would otherwise spend mixing my own colours. The paint covered some original artwork that was already on the walls with no difficulty. I like to paint with multiple layers and this covered approximately 420 square foot, with paint to spare.’

In addition to donating paint, Brewers also donated some of Albany’s new premium short pile rollers, a tray and some tray liners. ‘From start to finish, Jon at Woking store couldn't have been more helpful,’ said Lisa. ’He responded quickly to emails and prepared all the paints in advance, ready for collection.’

The response to the mural has been ‘overwhelming’ said Lisa. ‘Many parents and children were fascinated by the process and they loved seeing it unfold over the 10 days. I think it was quite an unusual thing to break up the boredom of a hospital stay – everyone from surgeons to care assistants kept stopping to thank me.’ 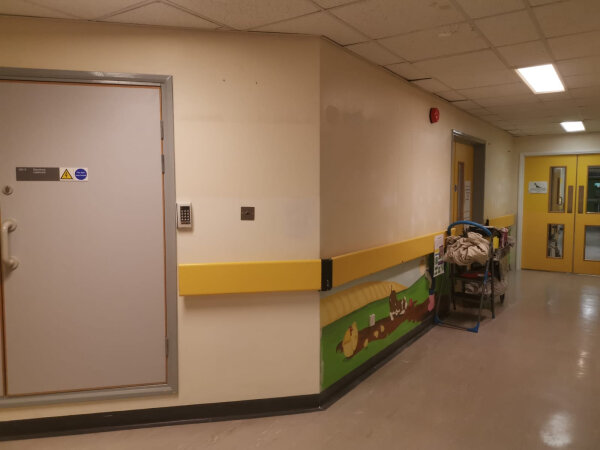 A selection of photos taken during the transformation

The calming and immersive woodland scene was also a welcome retreat for parents and their children while she was painting, explained Lisa. ‘I was often joined by parents needing some head space away from the ward, or a way to entertain restless children. It’s made me realise how important art in hospitals is – and how important art is for this particular part of the hospital. Not only is it the first thing seen when entering the ward and the last thing seen when leaving, but it's also the route that children take to surgery. With so many different things to see now, it offers plenty of conversation and distraction from other things that might be going on.’

The mural is due to be unveiled by the mayor of Woking later this month, in a ceremony Brewers staff will be attending. ‘The artwork Lisa has produced is wonderful and inspiring,’ said Jon, ‘and I’m sure it will bring happiness not just to the children but to visitors and staff as well. Artwork in places such as hospitals is incredibly important, and I’m delighted that Lisa approached us for this project.’ 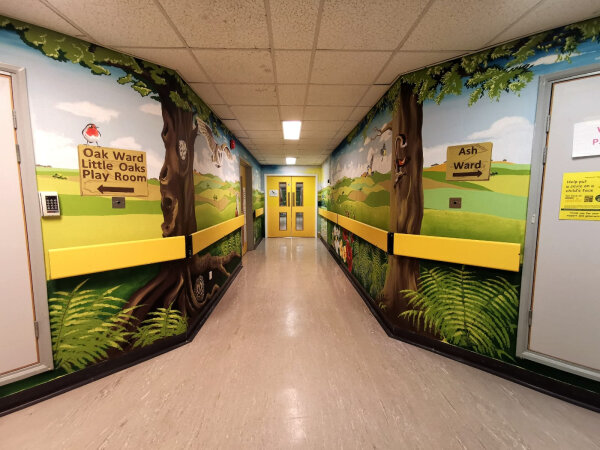 To find out more about Lisa’s work, visit: www.curiouslypainted.co.uk. Or alternatively take a look on social via Facebook or Instagram 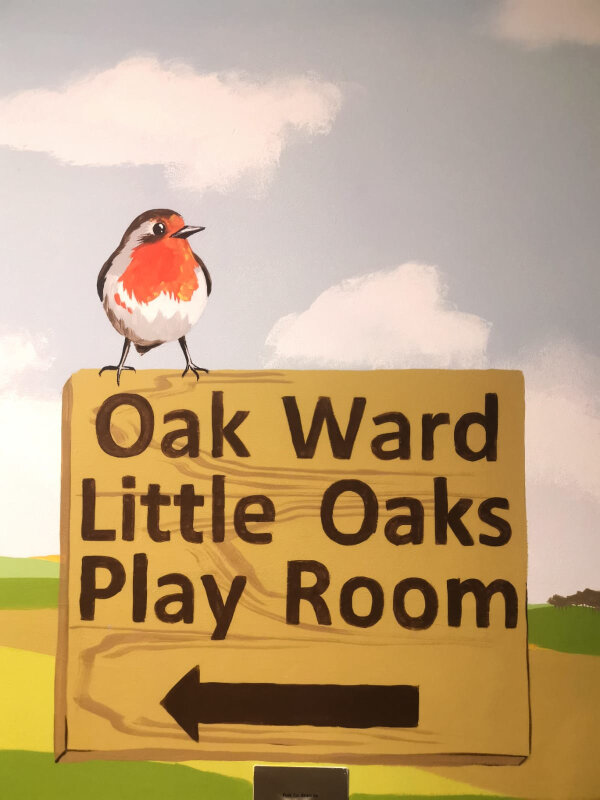 Take a closer look at the mural