Helping the Homeless in Hastings

Hastings store will be inviting their customers to help the homeless, after teaming up with a local charity to become a collection point for donations. 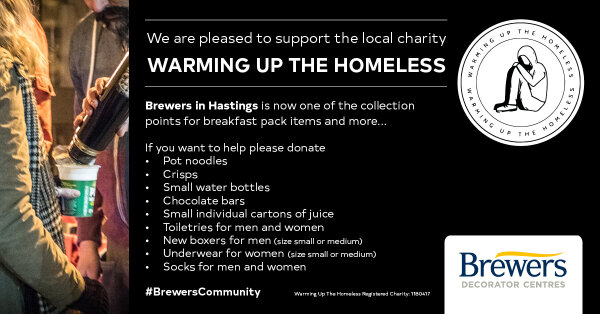 Aware homelessness was a problem in Hastings town centre, store manager Amanda Verrall, contacted Warming Up the Homeless to see if Brewers could help. Chair of the charity, Trudy Hampton, immediately arranged a visit.

Founded in 2015, Warming Up the Homeless aims to help relieve street poverty in Hastings, St Leonards, Eastbourne and Bexhill. Their teams of volunteers go out every night, supplying basic provisions to the homeless, such as sleeping bags, blankets, clothing, food and toiletries. They also provide emotional support and referrals to emergency services if required. Nationally, homelessness is a huge issue, with an estimated 4,677 people sleeping rough each night in England (government statistics collected in Autumn 2018).

"After talking to Trudy it became clear that we had hugely under estimated the problem of homelessness in this area," said Amanda. "A ridiculous number of families are living in their cars and camper vans around Hastings, as well as on the streets. It’s heartbreaking."

Amanda agreed the store would become a collection point for donations. "We’ve had posters made up and are mentioning what we’re doing to our customers." And the response so far has been positive, with several donations already received. Brewers have also donated £100 to the charity, as well as waterproof clothing.

Breakfast packs are the charity’s biggest expense and they try to ensure every homeless person receives a breakfast pack, comprising a packet of crisps, small carton of juice, a cereal bar, a chocolate bar or biscuit, and a small pot of ambient fruit with a spoon. "No one should have to wake up to the prospect of no food," said charity Chair, Trudy. "The £100 donation will feed about 40 people, so we are very grateful."

Picking up from local firms who have agreed to be collection points allows the charity to keep costs down, by collecting from just a handful of places rather than many. This means more money and time is directed to the homeless. "Having Brewers involved is fabulous," said Trudy, "It’s a well-known and much-loved local company, so people will trust their donations will get to the intended recipients."

Donations will be collected during store hours and Amanda will contact the charity when they have enough to be collected for the local rounds. "It’s such a worthy cause and the volunteers are doing a fantastic job," said Amanda. "For us, it’s all about reaching out and helping our community anyway we possibly can." 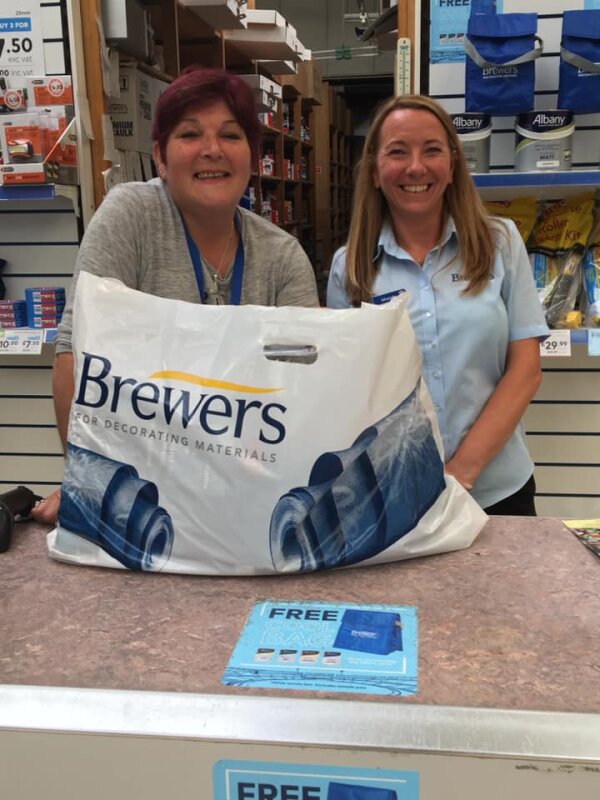 To find out more about Warming Up the Homeless and how you can help, visit www.warmingupthehomeless.org.uk

‘Having Brewers involved is fabulous. It’s a well-known and much-loved local company, so people will trust their donations will get to the intended recipients.’ 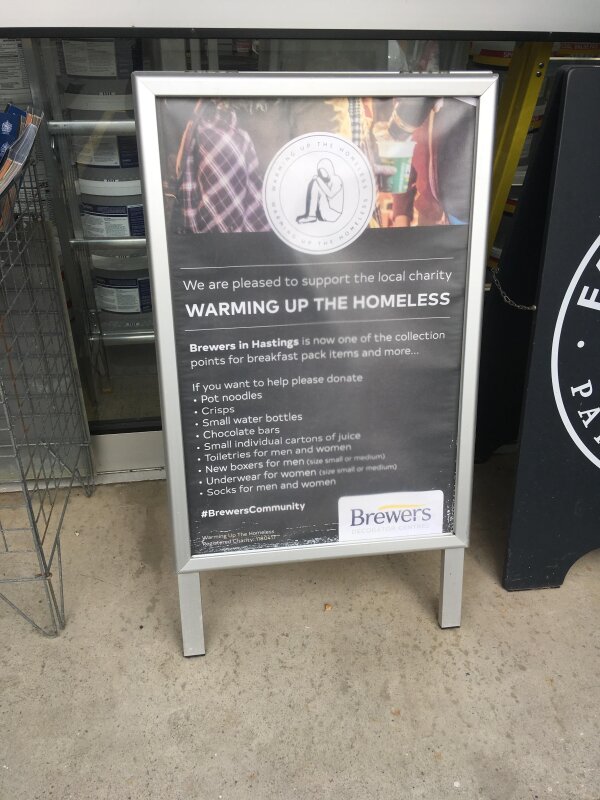