Stories Behind The Art: Football In The Park

On the Brandon Estate community mural, the third hexagon featured is an idea that came straight from the artists, Jack and Tom. As they initially started to research the wall and take measurements, they were instantly struck by the constant activity of the park.

One activity was especially noticeable to them, the continuous stream of children who turned up at all times of the day to play football with their friends.

When the artists first started to research the wall, they noticed that even the wind and rain of winter did not deter the kids from playing with their friends in the park or getting training lessons from their diligent coaches.

Whilst the artists and their band of supporters and volunteers worked away, the kids playing football would often come over and ask questions about what they were up to. It is this spark of curiosity and passion for their game that earned the children their rightful spot on the wall.

It may not be ‘The Gymnastic Society’ who gathered at Kennington Park in the second half of the eighteenth century to play football, potentially the world’s first football club, but to the children, this park is their Wembley.

Between the posts of the goals, they are the Ronaldo’s and Messi’s of their pitches! 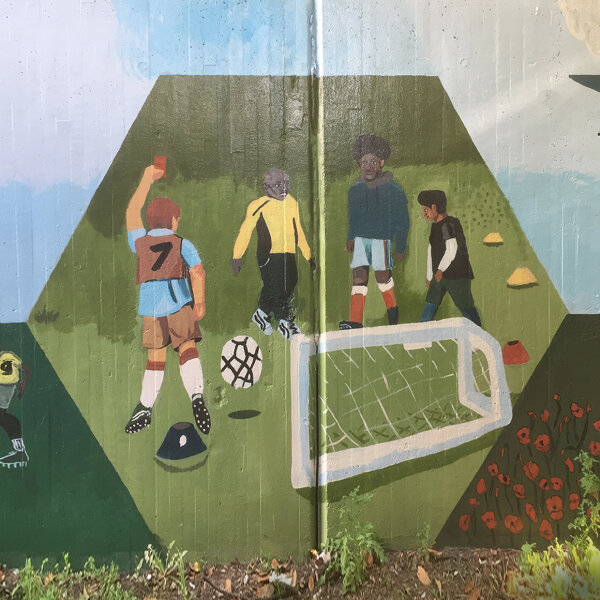