On Boxing Day a coach full of football fans travelled to Prenton Park to watch Tranmere Rovers vs Morecambe FC in the Skybet League Two thanks to Brewers Decorator Centres. 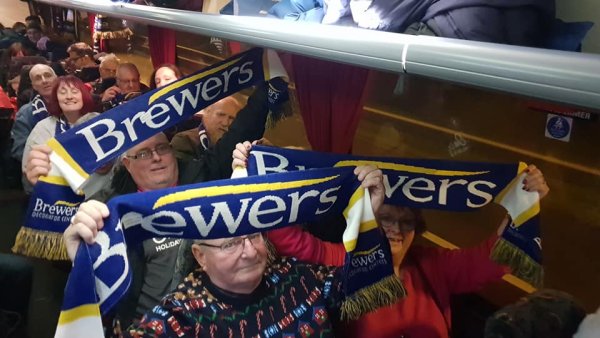 The fans found exclusive Brewers goody bags on the coach as they took their seats on the journey down which included scarfs and t-shirts and were surprised with additional gifts once arriving in the private box.

Despite a not so neutral result of 3-1 to the home side, everyone had a fantastic day! 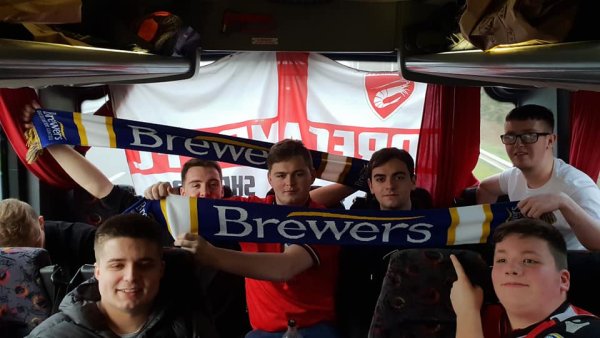 Football fans on their way to Tranmere Rovers vs Morecambe FC

Fans posing with gifts from the Brewers goody bags 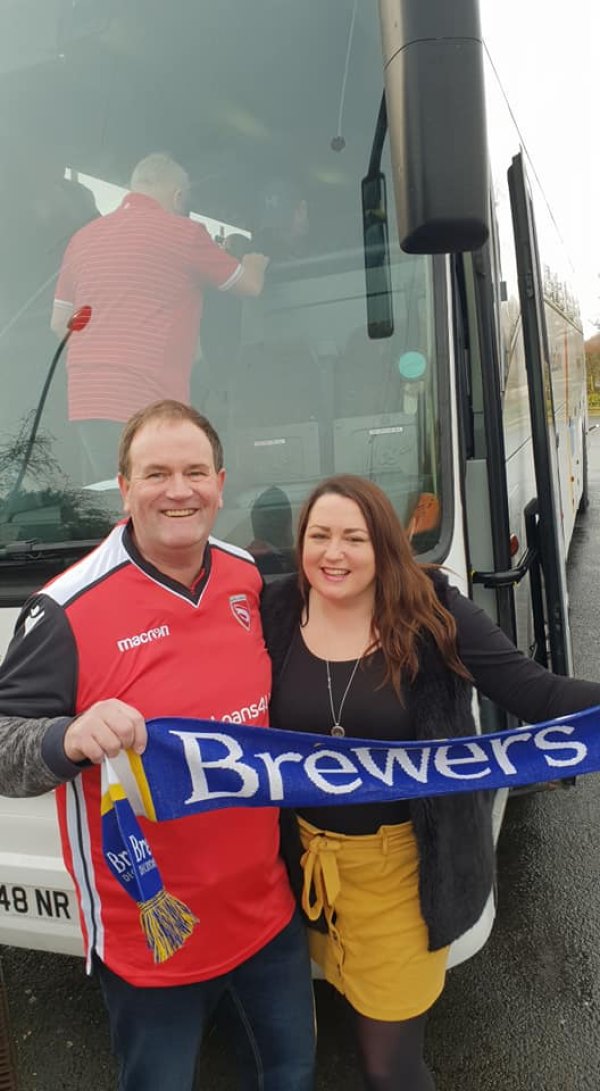 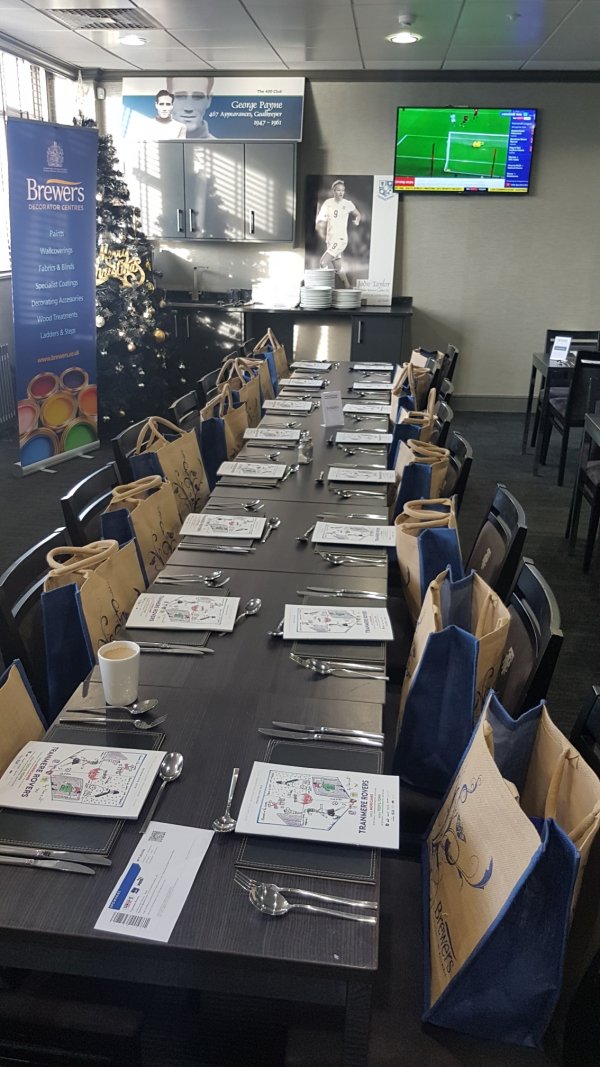